First implementation of Smallworld Network Inventory Gateway 5.1 in Poland completed! Globema’s team deployed the tool at UPC Poland (a leading cable TV operator and a part of Liberty Global International and one of the largest Polish cable TV operators).

Our team implemented the network inventory system composed of Smallworld Physical Network Inventory (PNI) and PNI add-ons (Physical Route Manager, Optical Network Atlas, Cable-TV Design)  at UPC Poland in 2007. In 2014, PNI was upgraded to version 4.3. During migration to the new platform, Network Inventory Gateway (NIG) 4.3.0 was also implemented in order to provide internet and intranet access to data held within PNI. Later NIG was upgraded to version 4.3.2, based on Network Viewer Platform and Google Maps.

This year UPC decided to upgrade NIG further to the latest version 5.1 in order to gain features not available in the older versions. Globema conducted the upgrade and also migrated existing NIG extensions, implemented at an earlier stage, providing thin-client access to Optical Network Atlas and Physical Route Manager.

UPC Poland’s customers are located in regional clusters encompassing nine of the ten largest cities in Poland, including the capital city Warsaw and the cities of Cracow and Katowice. Its network is 98% upgraded to two-way capacity, with almost all of its homes passed served by a network with a bandwidth of at least 860 Mhz. 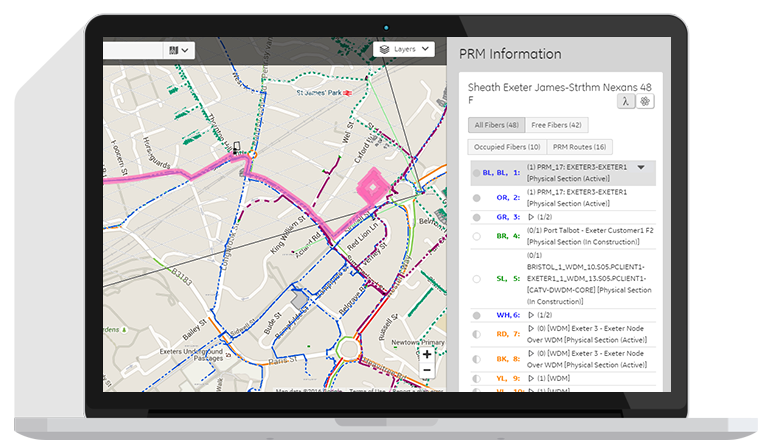