The nationwide Command Support System for Polish Emergency Medical Services, developed by Globema and our partner Pentegy, was deployed in 42 medical dispatching centers and 1516 ambulances across Poland. We’re particularly proud of this project as our team contributed to creating system that unifies collaboration among all emergency services and decreases medical emergency response time, resulting in more lives saved.

Command Support System for National Emergency Medical Services (SWD PRM – System Wspomagania Dowodzenia Państwowego Ratownictwa Medycznego) is an ICT system developed and implemented by our team, together with Pentegy. The tool provides means to centrally track all activities around medical emergency, supports teams in getting to the scene and preparing medical records.

on average every 3 seconds new emergency call comes through

What was done by Globema

The Command Support System was developed from scratch. Our team was responsible for:

Main users of the system: 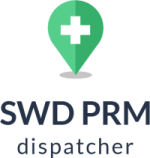 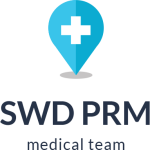