In the last few months, Globema gained over 15 new Google GEO customers. Business version of Google Maps and applications implemented by Globema will be used by private & public companies from various market sectors as well as by government organizations and public institutions. Most of our customers are located in Central-Eastern Europe. Just in Q2, Google Maps for Work community has grown in Poland, Estonia, Czech Republic, Slovakia, Romania and Lithuania.

New customers are, among others:

Globema as a Google for Work Premier Partner

At the beginning of the year Globema became Google for Work Premier Partner, and hence grew into one of the highly regarded Google partners. This status is a tribute to Globema success in implementations of Google GEO products and in distribution of business version of Google Maps.

Google for Work Premier Partner title is also a certificate of the very high level of Globema team’s competences in the field of IT services – from business analyses and consultancy to selection of the most suitable Google Maps API for Work products, adjusted to a given industry (properties, transport and logistics, telecommunication and many more).

To achieve the Google for Work Premier Partner status Globema had to fulfill many strict requirements.

Globema acts as an Google for Work Premier Partner & Google authorized Value Added Reseller in Central and Eastern Europe. The company has been cooperating with Google since 2012 in the scope of implementation, delivery and integration of business solutions from Google Maps APIs.

Globema develops specialized solutions built on Google Maps which can be used for everyday internal operations as well as for marketing and sales activities.

About Google Maps APIs and Google for Work Premier Partner

Google Maps APIs empower developers with world-class location content used by millions of web and mobile apps. By integrating the APIs, developers can bring the very best of Google Maps to their users — a familiar map interface, combined with up-to-date local data and imagery. This allows users to connect to, explore, share and access unlimited information about what’s around them. 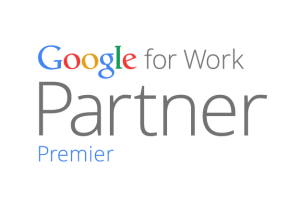